Our acclaimed webinar series features BioCatch subject matter experts and special guests, to give added insight on the latest trends and the role that behavioral biometrics plays in securing digital identity and protecting against cyber threats and fraudulent activity, such as social engineering, account takeover, Remote Access Trojans, malware and vishing scams.

Do you Zelle? Fraud Risks to Consider When Moving to Faster Payments with Zelle

Zelle is awesome! The highly innovative P2P scheme allows people to pay in real-time from their bank account to any of their contacts. It’s easy to use, super-fast and extremely convenient. 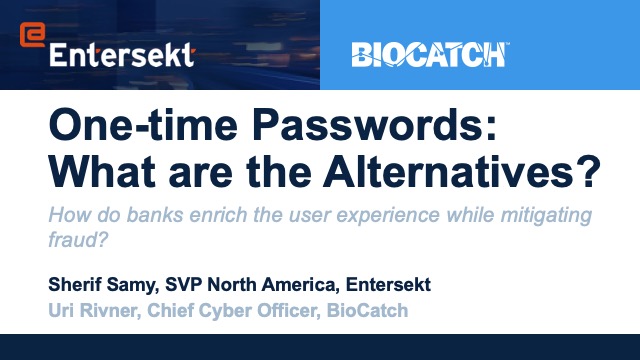 One-time Passwords: What are the Alternatives?

2019 Predictions - What to Expect from Cybercrime in the Coming Year

2018 seemed a dismal year for cybersecurity and identity. Massive data breaches, new forms of malware and increasingly sophisticated social engineering attacks hit businesses and consumers at a steady pace. This pace does not seem to be slowing down. Can we expect any better in 2019?