NEW YORK, NEW YORK (February 28, 2022) – BioCatch, – BioCatch, the global leader in behavioral biometrics, has announced the appointment of industry veteran Eyran Blumberg as Chief Operating Officer, replacing Gadi Mazor, who was recently promoted to CEO of BioCatch. Blumberg will work closely with Mazor to help expand the company’s global operations, grow its business area, and recruit and manage top talent at the company.

Blumberg, who had been Vice President of Solutions at BioCatch since 2018, brings with him over 25 years of experience in management positions at several innovative technology companies. Prior to joining BioCatch, Blumberg served as VP of Operations at Fintech FeeX. He also co-founded and was a Managing Partner at TMG Solutions Ltd and served as VP of Products and Services at start-up firms: Onset, Worldmate, and Jacada.

Gadi Mazor, CEO of BioCatch, said, “From the many years of working with Eyran, I know that his extensive experience in the behavioral biometrics space will serve BioCatch well and help elevate our customers' high level of satisfaction as well as strengthen cross-organization cooperation between the teams in our various regions. BioCatch’s uniqueness lies in the uncompromising professionalism and dedication of its employees, and Eyran is a prime example of this. I look forward to working with Eyran to expand our operations into new business areas and regions."

"This is an exciting time for BioCatch and I’m pleased be to be a part of the leading team that accelerates the company’s growth," said Blumberg. "I am confident that we will continue to lead the field of behavioral biometrics, while also maintaining our singular vision and values. I am particularly proud of the talented employees that we’ve assembled around the world and the work we do to protect our clients on a daily basis from cyber fraud.”

BioCatch creates a protected space for online financial activity and prevents online financial fraud through innovative behavioral biometrics technology, digital behavior analysis (physical and cognitive) and identity fraud and identity theft. BioCatch's platform analyzes over 2,000 behavioral parameters, such as the way a user moves their mouse or holds their smartphone, the speed and coordination of how a user types on their keyboard, etc. BioCatch uses machine learning to detect in real time if any action was taken by a cybercriminal.

BioCatch's clients include 25 of the world's 100 largest financial institutions such as American Express, HSBC, and Barclays. Since its founding, the company has raised $215 million, with the most recent round of funding in 2020 led by the Bain Capital Tech Opportunities Fund and included investors such as Industry Ventures, American Express Venture Capital Funds, and Maverick Ventures. BioCatch was established in Israel in 2011 and employs over 200 people in Israel, United States, Australia, United Kingdom, India, and Brazil.

About BioCatch
BioCatch is the leader in Behavioral Biometrics, which analyzes an online user’s physical and cognitive behavior to protect users and their assets. Our mission is to unlock the power of behavior and deliver actionable insights to create a digital world where identity, trust and ease of use seamlessly co-exist. Leading financial institutions around the globe use BioCatch to more effectively fight fraud, drive digital transformation and accelerate business growth. With over a decade of experience analyzing data, more than 60 patents and unparalleled anti-fraud expertise, BioCatch continues to innovate to solve tomorrow’s problems. For more information, please visit www.biocatch.com 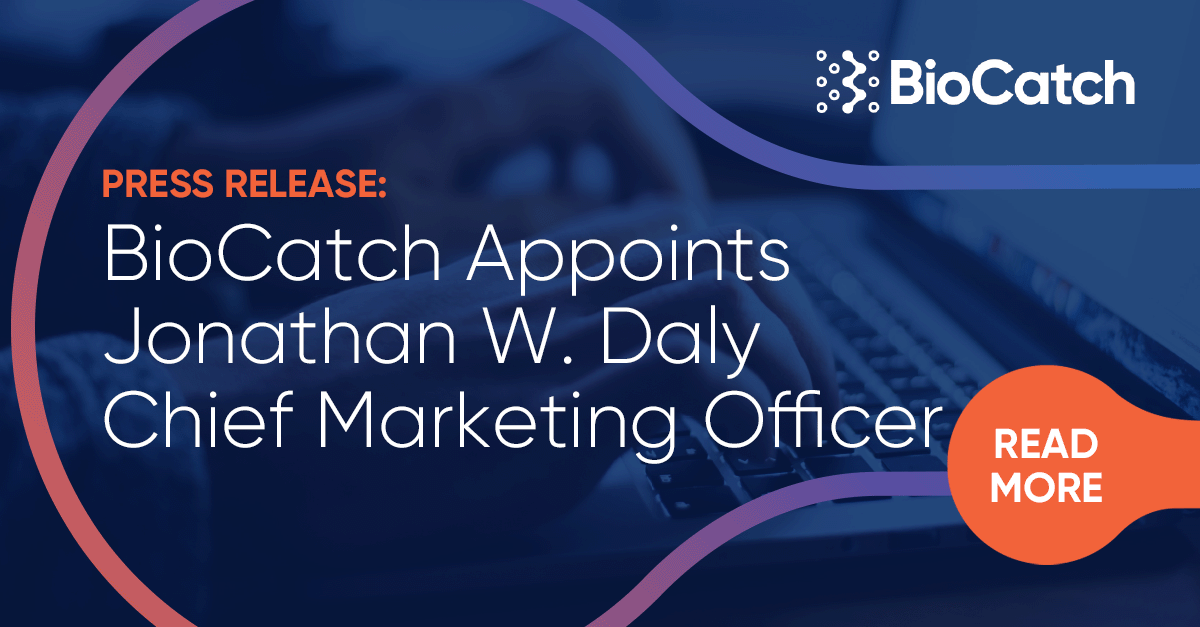